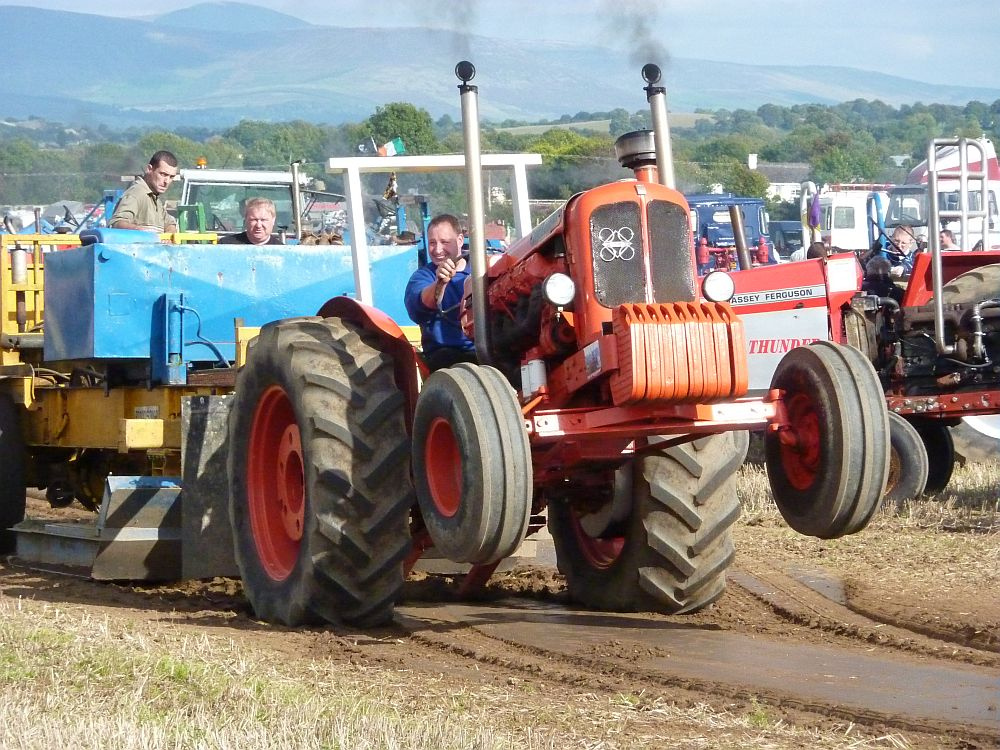 The event kicked off in style on Saturday evening with a parade through Castledermot town, followed by live music and free barbecue at The Castle Inn, Castledermot.

The show had its largest vintage working and display area to date. Of particular interest to spectators was the traditional horse ploughing, threshing mills, cutting and binding of corn, and steam powered saw.  There was also a great display of tractor power with two tractor pulling sleighs, and some speed skills with the tractor building team.

The funfairs and pony rides provided much entertainment to children, as did the clowns, goldfish, bouncing castles and slides, face painting, pet farm and rodeo bull.

There was something to interest everyone with a dog show on the day, mice betting games, sheaf pitching competition, pig on a spit, mini-digger competition, bric-a-brac sale, plant stall, cake sales, craft displays with butter making and weaving, and lots more.

Castledermot Vintage Club would like to thank all those who supported the event, and in particular wish to thank the sponsors and volunteers who help make this event happen each year.  It is a great annual affair for the community of Castledermot, and the club hope to continue to grow from strength to strength.